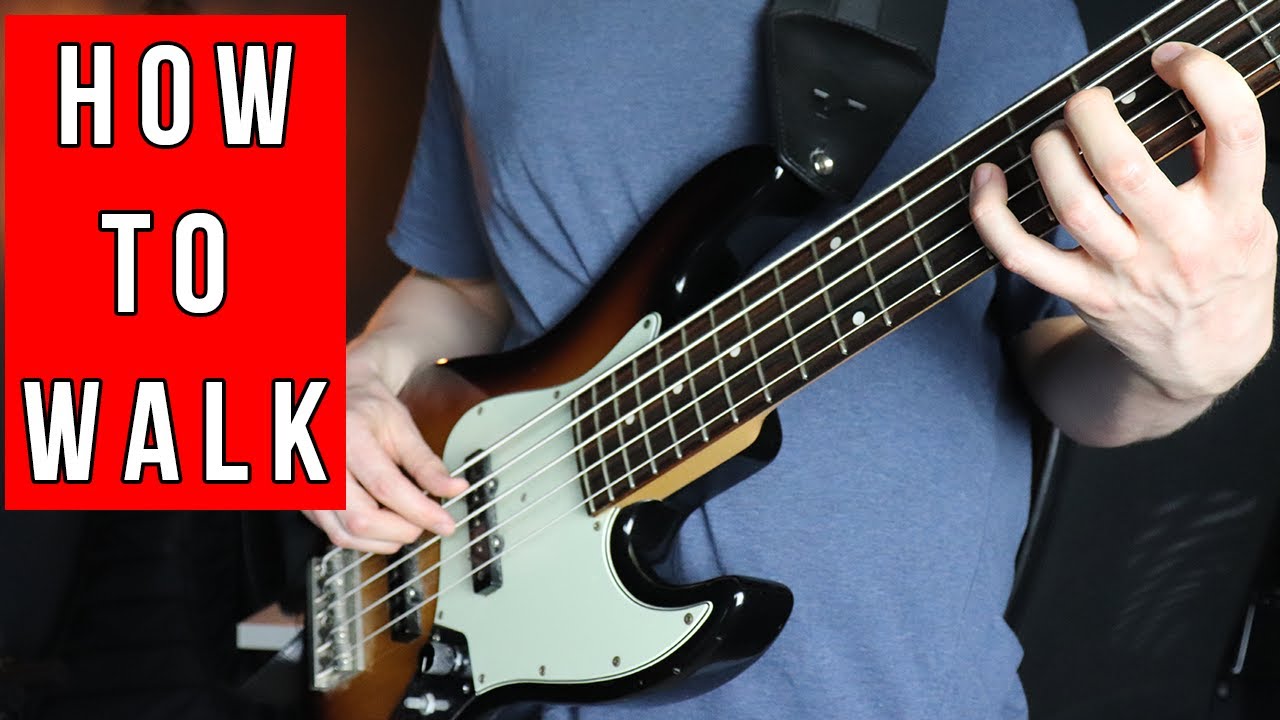 Walking bass is one of the most useful skills any bass player can learn.

I like to think of it as being a sort of musical compound exercise because it works so many aspects of your musicianship at once.

It helps you understand theory, scales, arpeggios, you have to use your ears and you need to learn how to improvise.

But for those that are new to walking bass, this is precisely why it’s so hard to learn.

With all the skills that are involved, it becomes overwhelming very quickly.

So let’s go step-by-step and break the fundamentals of walking bass down into easy, actionable chunks.

Where To Start With Walking Bass

The first thing to learn is what a walking bass line needs to accomplish within a song.

It has two main jobs which are to keep time (the rhythmic aspect of walking bass) and to outline the sound of the chords in the song (harmonic aspect).

There are some standardised techniques that can be used to fulfil both of these jobs and these techniques can be embellished as you get more comfortable playing walking lines to help you move to a more advanced level.

Two In A Bar

The first technique is known as playing “two in a bar”. This involves playing two notes in each bar on beats one and three.

Doing this covers the rhythmic part of our job nicely and provides a steady and strong pulse.

But what about the harmonic part of our role? Which notes should we use to outline the chord changes?

The first note of each bar should always be the root note unless stated otherwise. We are trying to outline the sound of a chord after all and a solid root note will give each chord we outline a place to start from.

The second note in our two in a bar technique is commonly either the fifth or the third of the chord. The fifth provides stability and the third will help further outline the fundamental tonality of the chord.

This technique should be used either in slower forms of jazz such as ballads but it’s also great for calmer sections of mid-tempo and even up-tempo jazz.

Often, at the start of a solo, you’ll hear the bass player use a two in a bar feel to give the soloist some room and to let their solo grow. Then, when things need to pick up, the bass player can switch to playing on every quarter note. We’ll discuss how to do that later on.

The best way to practice using the two-in-a-bar feel is to take a simple standard like “Autumn Leaves” or any standard you like and play through the chord changes using this technique.

The next walking technique is approach notes which we can use as a way to embellish our two in a bar playing.

There are many different types of approach note that can be used.

The first is diatonic approach notes which use the above concept but stick to notes inside the key of the song.

Chromatic approach notes use notes that are a semitone lower or higher.

You may also hear some people talk about dominant approach notes which are slightly different. They approach the target note from a fifth above or 4th below like a dominant chord would. G moving to C is an example.

So how can these approach notes be used with a two-in-a-bar feel?

Simply put, they can be used to fill in the gaps.

If you use two in a bar to play on beats one and three then try using an approach note on beat four which would resolve into the next beat one for instance.

You could also try adding an approach on beat two which resolves into beat three.

The next step is to move onto playing every single quarter note.

This will give us a very steady pulse and we will literally be the pulse of the music just like a metronome would be. But we need to make sure we don’t shirk our harmonic responsibilities too.

You should still build on the principles from the first two steps such as playing the root note on beat one but you can now start to incorporate things like arpeggios and scale fragments to help outline the harmony in the song.

For example, if you had to walk through the chords Dm, G, C you could play a D minor arpeggio on the first three beats and then use a chromatic approach on Ab to resolve down into G. This would create the line D, F, A and Ab.

Essentially, you’d be using an arpeggio + approach note model and this is a good option to use for your walking lines.

You could also try using small-scale fragments to outline small parts of a chord.

Over the G chord an example would be playing G, A, B, G before moving onto the C chord.

The G and B give a good outline of the G chord whilst the A works as an approach note between the two. Finally, the last G is a dominant approach to the next chord of C.

For advanced players (or those wanting to simply improve) you need to learn the strong beat weak beat principle.

This states that the strongest beat in a bar of 4/4 is beat one. The next strongest is beat three. Finally, beats two and four are equally weak.

For us walking bass players, this means we need to try and place notes of strong harmonic importance on beats one and three as they will work with naturally strong rhythmic accents to emphasize the sound of the chord.

We can then place less harmonically important notes on beats two and four (like approach notes) because they won’t affect the harmony as much owing to the fact that they are on weaker beats.

I hope this has helped you! 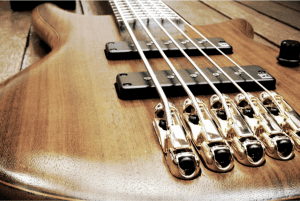 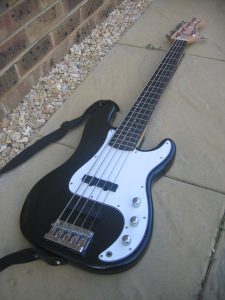